Directions:
By boat: From Nybroplan, take SL commuter boat 80 from 16 minutes to Saltsjöqvarn
By bus: To Henriksdal
By car: Drive to the end of Saltsjöqvarns Kaj.

To book a visit:
stockholm@kostyal.com

For all enquiries:
Hat Kempton
hat@kostyal.com

Carl Kostyál opened his eponymous gallery at no. 12A Savile Row, London W1 in 2010 after a decade of private dealing and advising. He launched his first Stockholm space, Isbrytaren, at Igeldammsgatan 20, Stockholm in 2013 and in 2016 moved to the former German Embassy at Artellerigatan.

In May 2021 the gallery opened its new home, Hospitalet, in the 18th century mental asylum formerly known as Danvikens Hospital in Nacka, in collaboration with Gullringsbo Konstsamling. The space was launched with ‘Stockholm Sessions’, an ambitious international survey show of painting featuring over fifty artists.

In addition to the gallery’s London and Stockholm programme, Carl Kostyál commissions artist projects at his home in Milan, runs two invitational artist residency programmes each year at Fontana di Vita in Matera, Basilicata and at Mohilef Studios in Los Angeles in collaboration with artist Canyon Castator and hosts an invitational Draw Jam each summer in the south of Italy, where over twenty artists from all over the world are invited to spend time together and draw, culminating in an exhibition where the works are sold for charity, all activities which allow important friendships and artistic collaborations to develop and flourish. 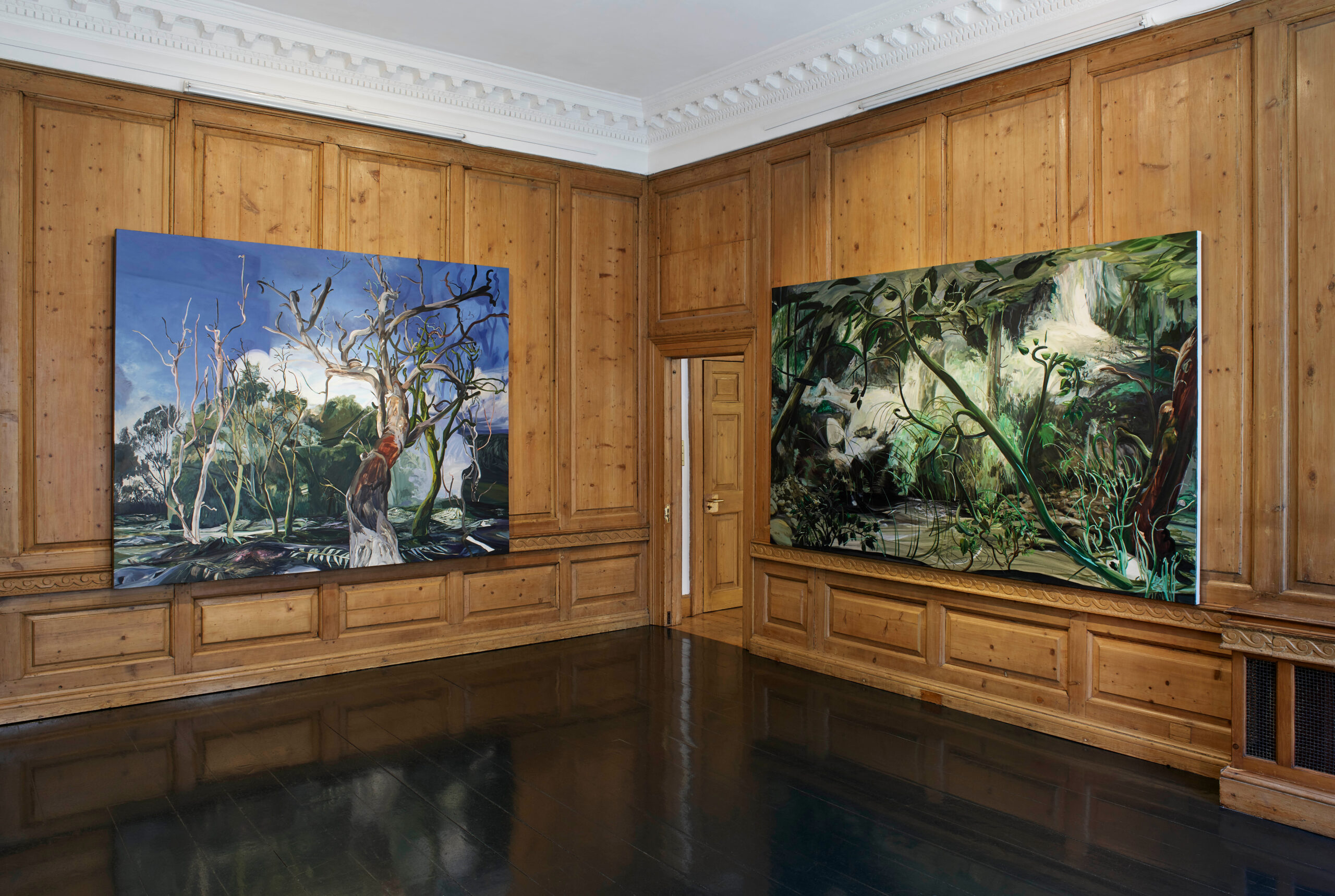 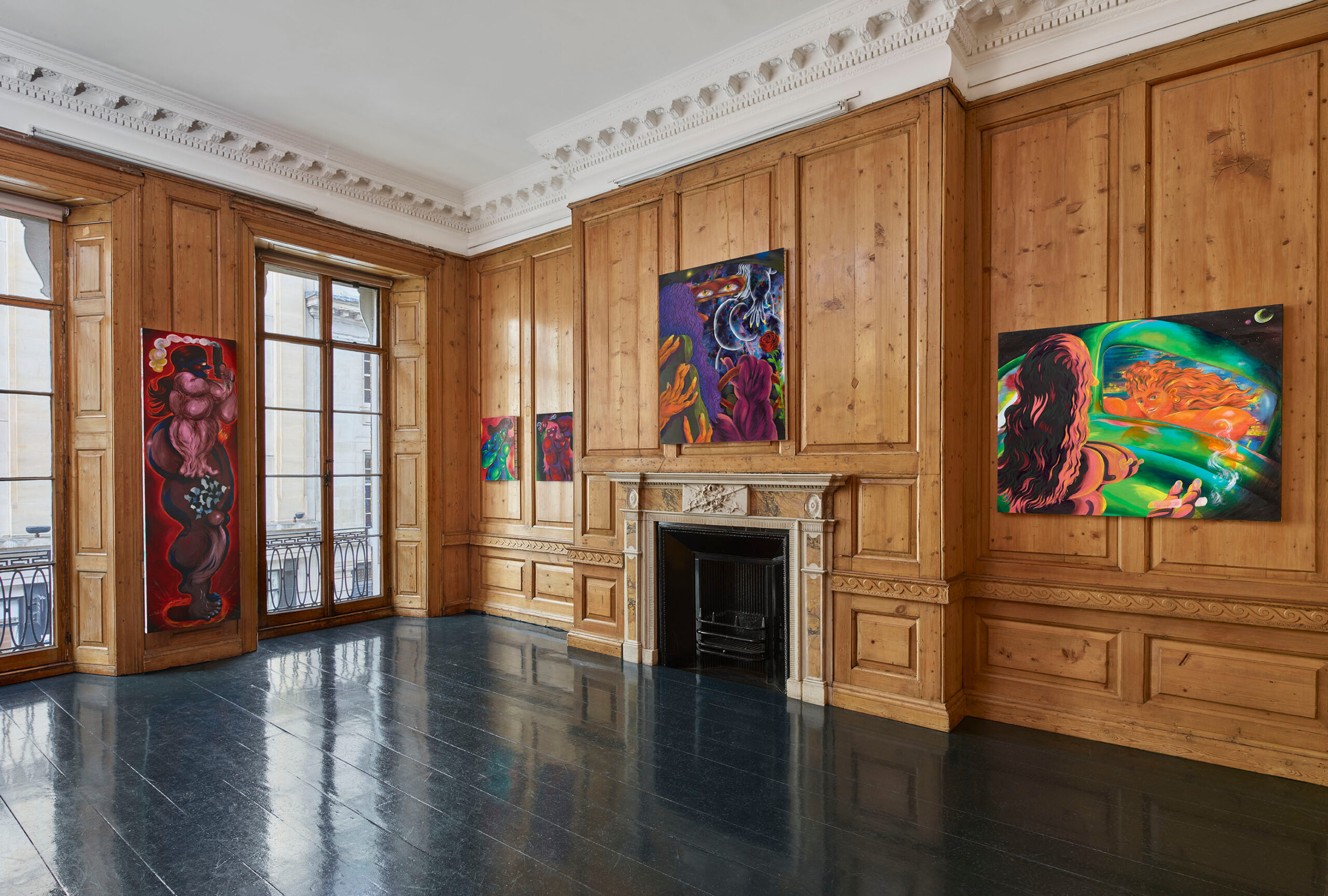 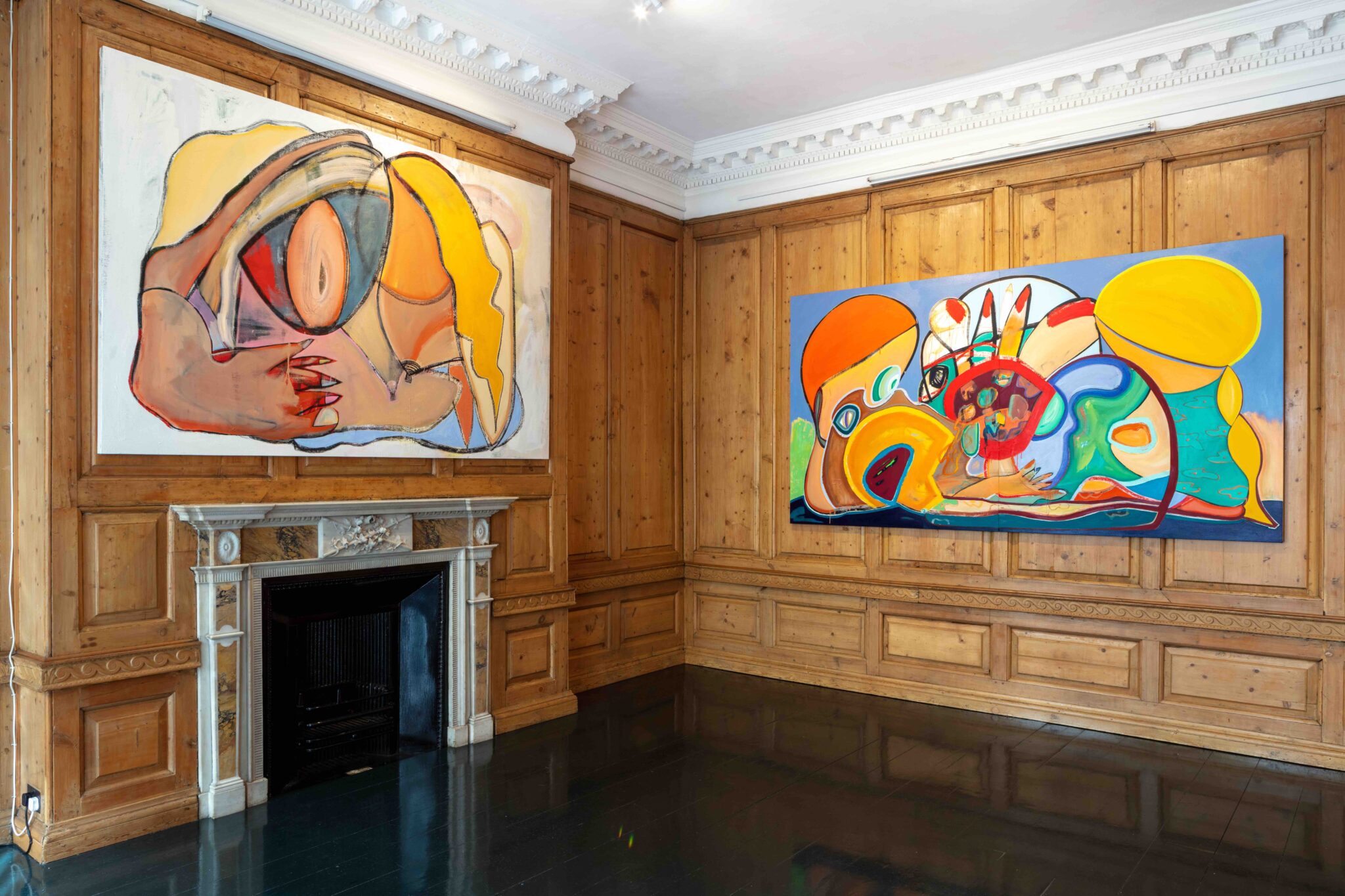 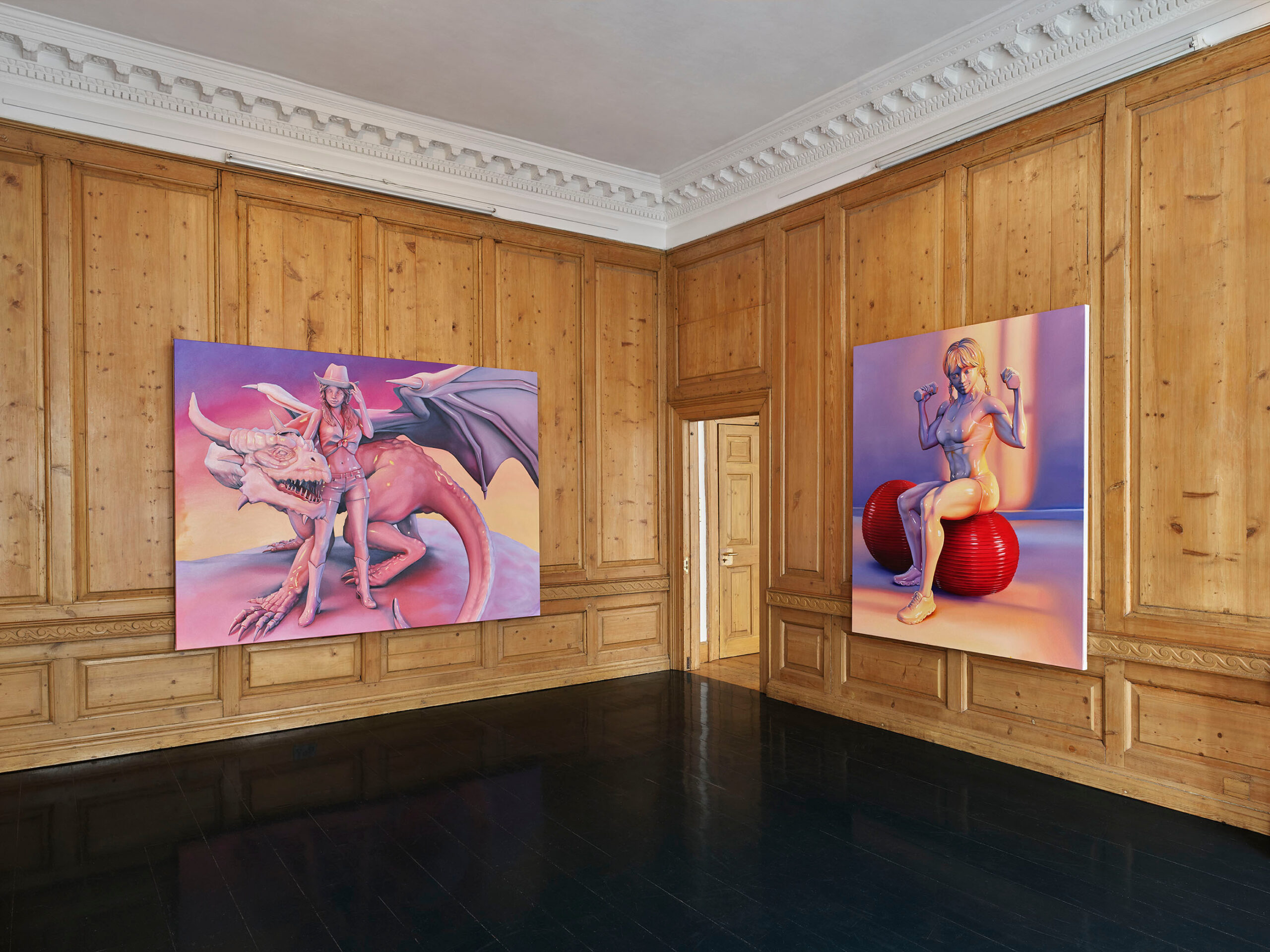 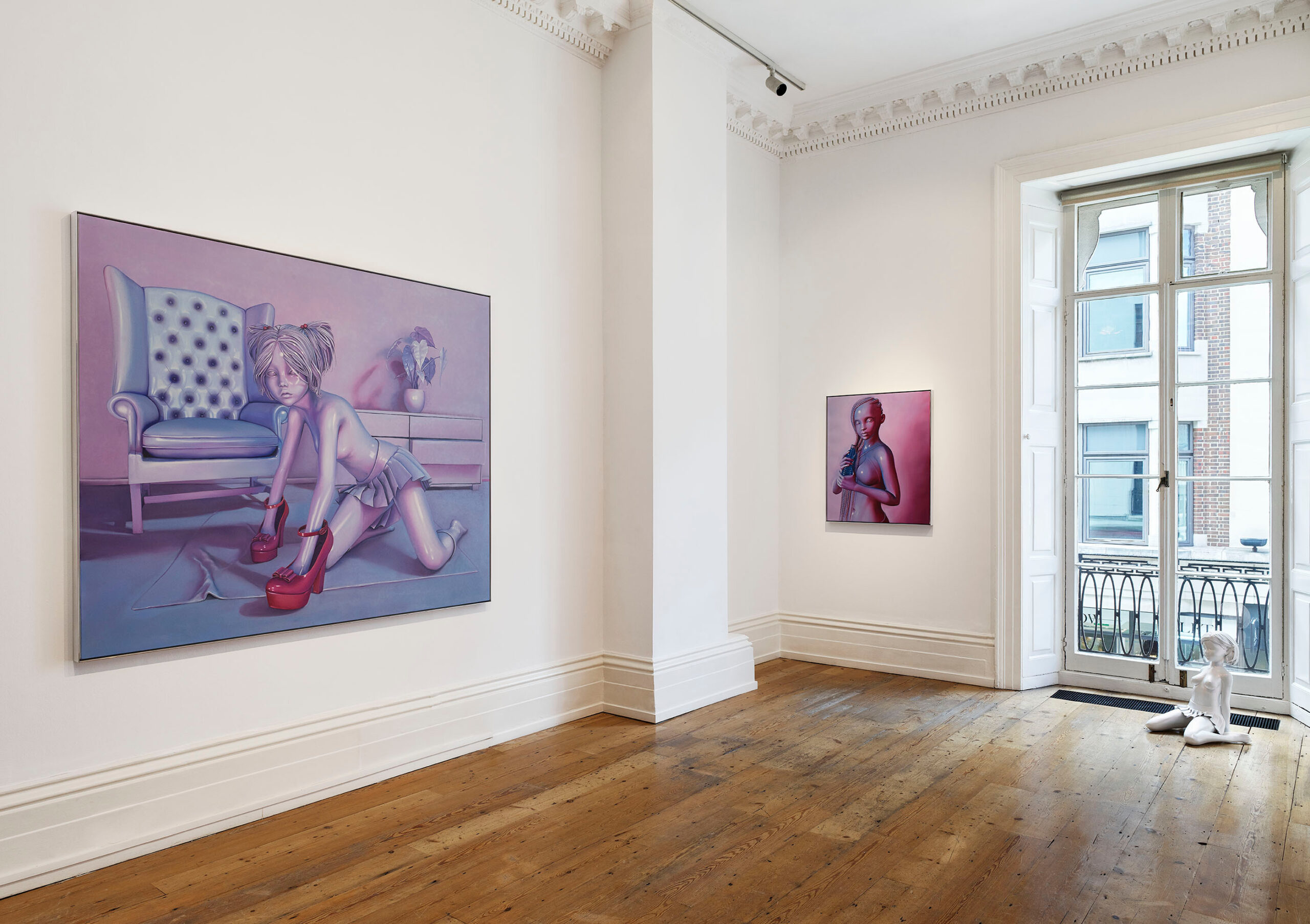 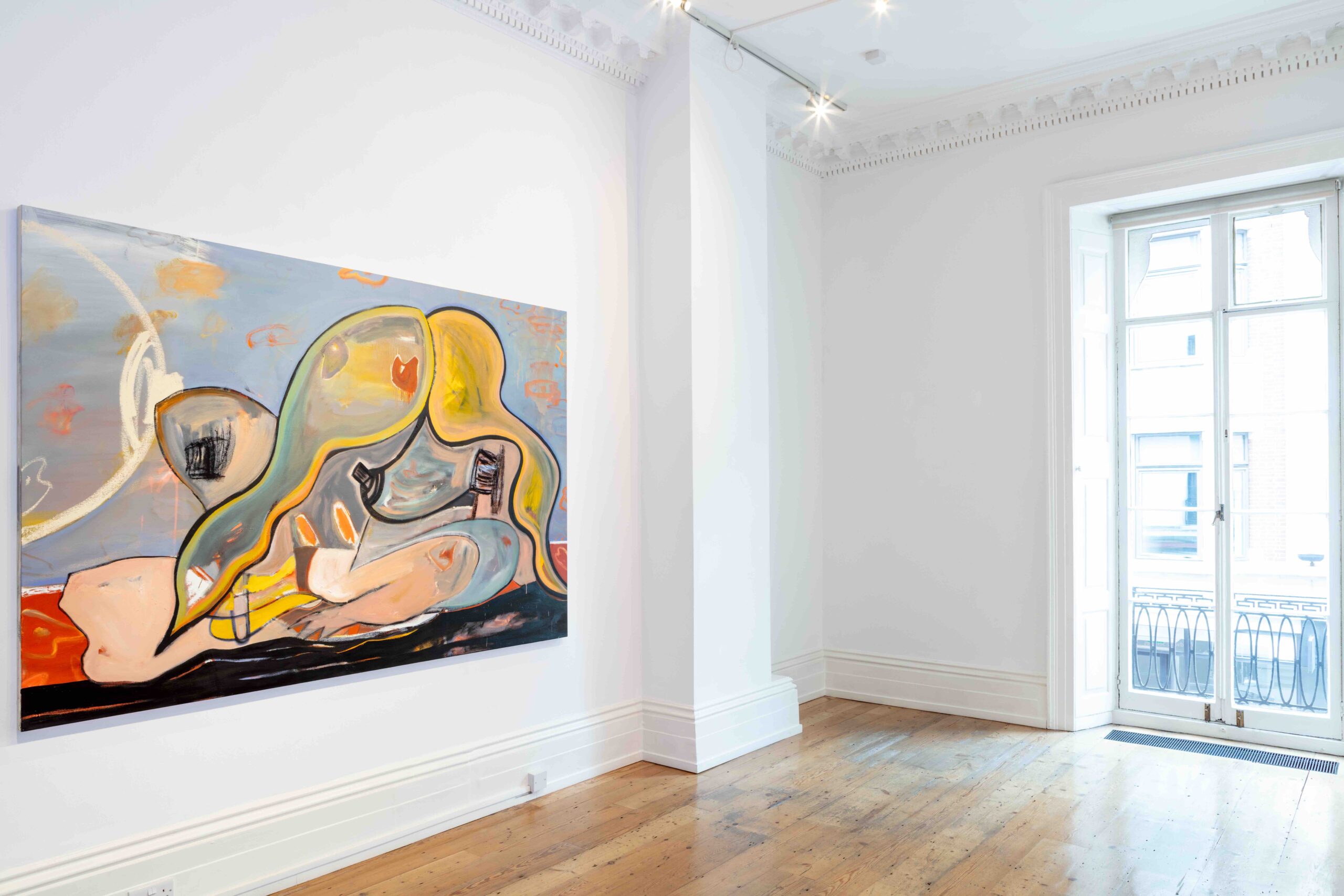 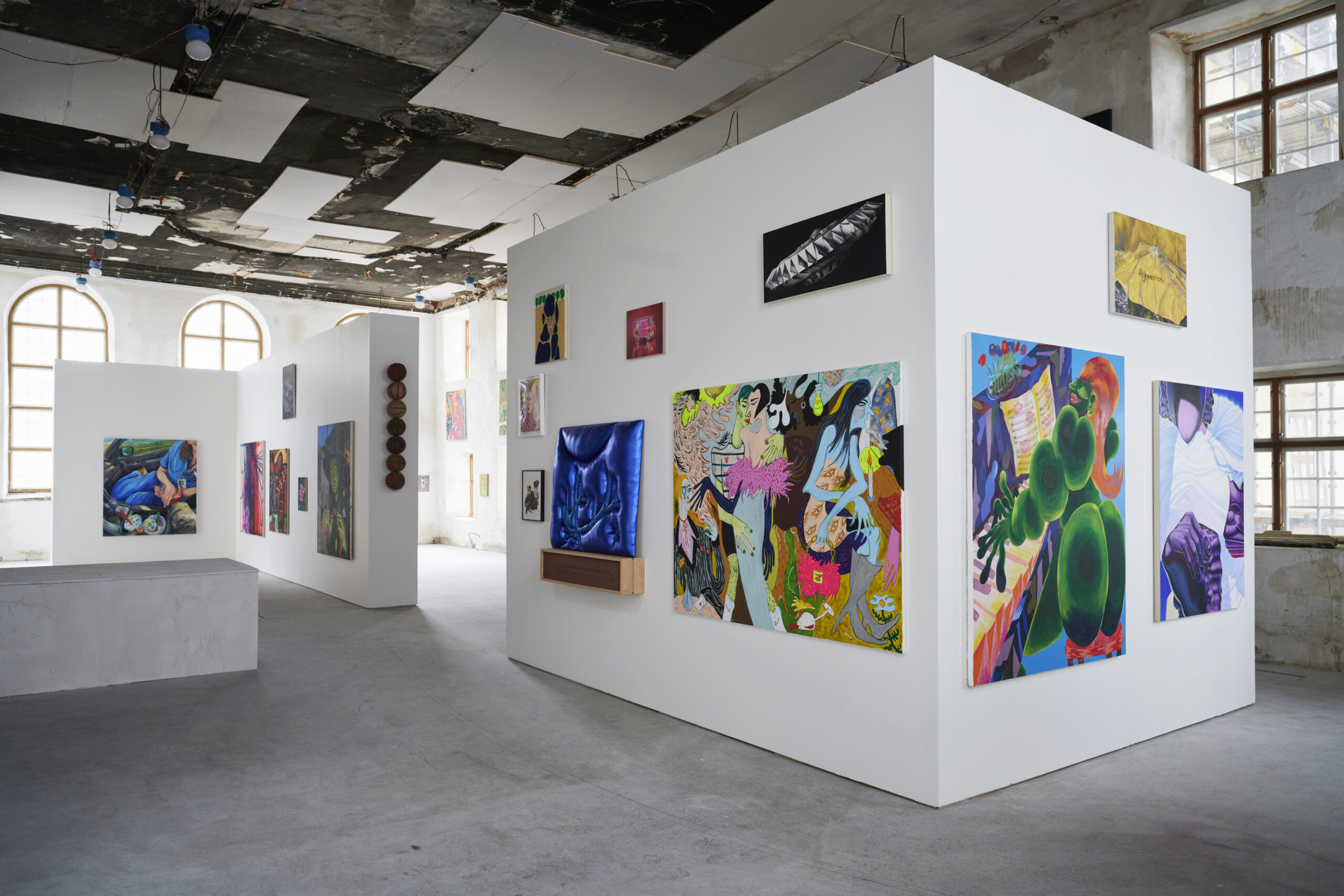 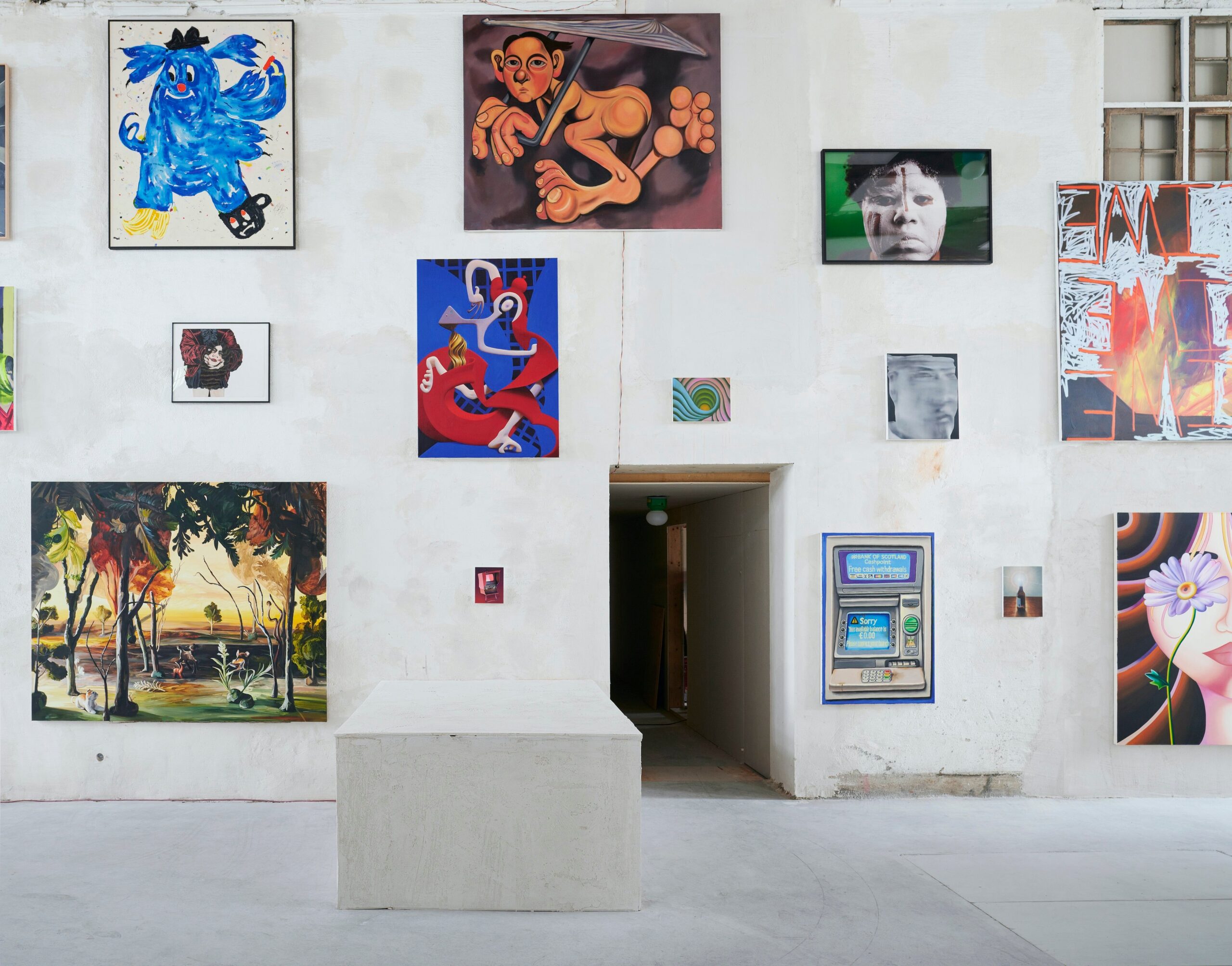 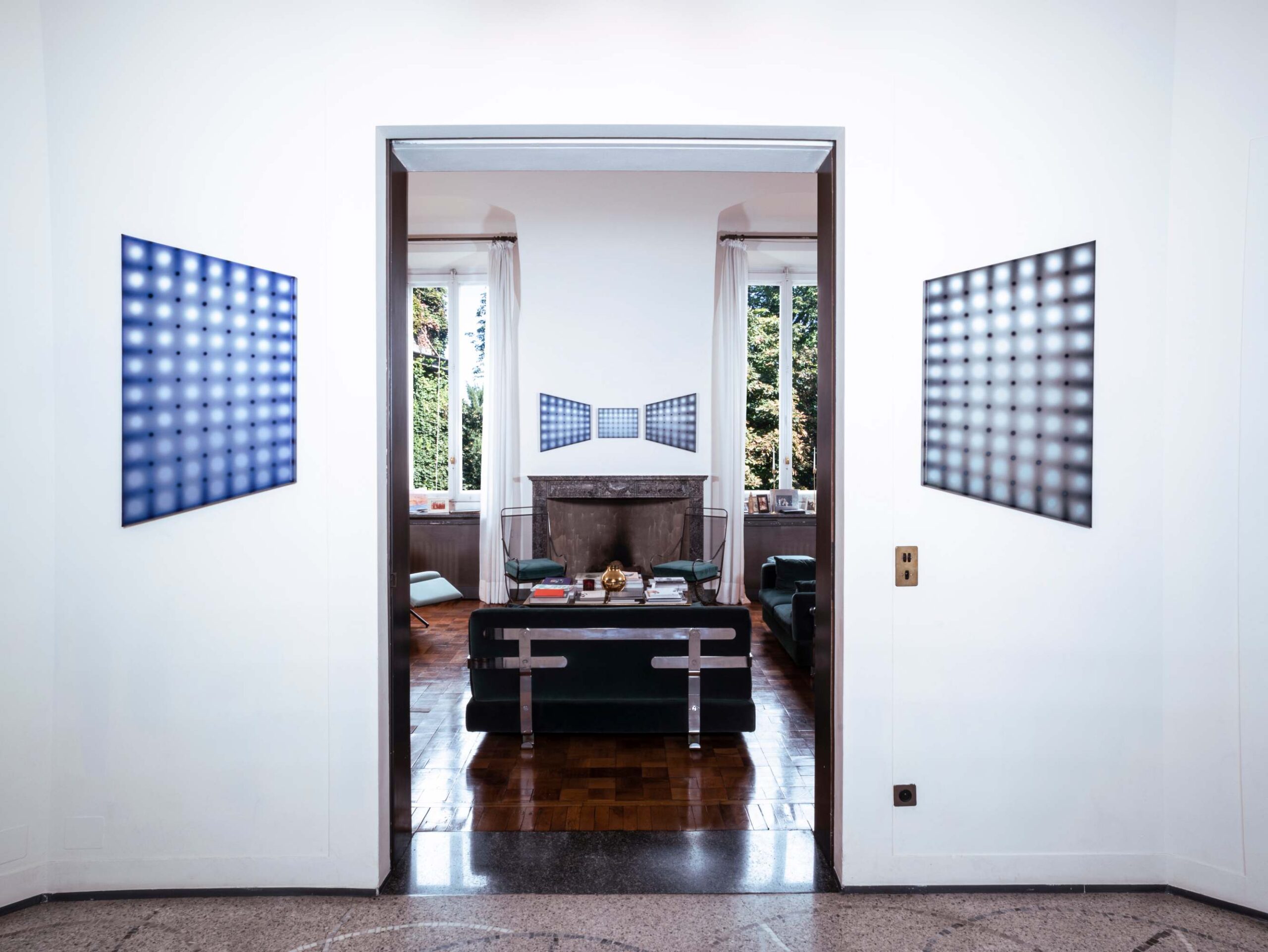 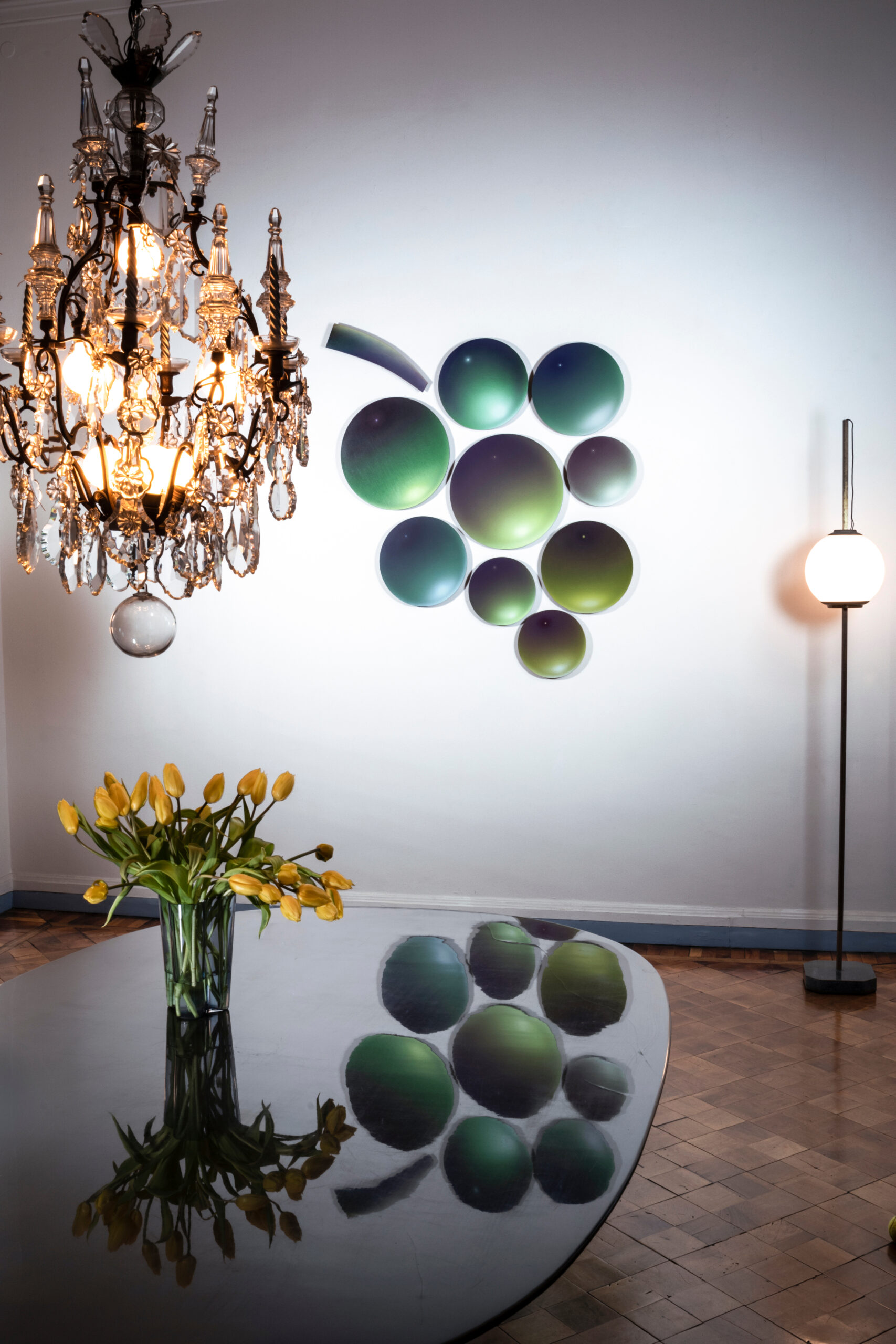 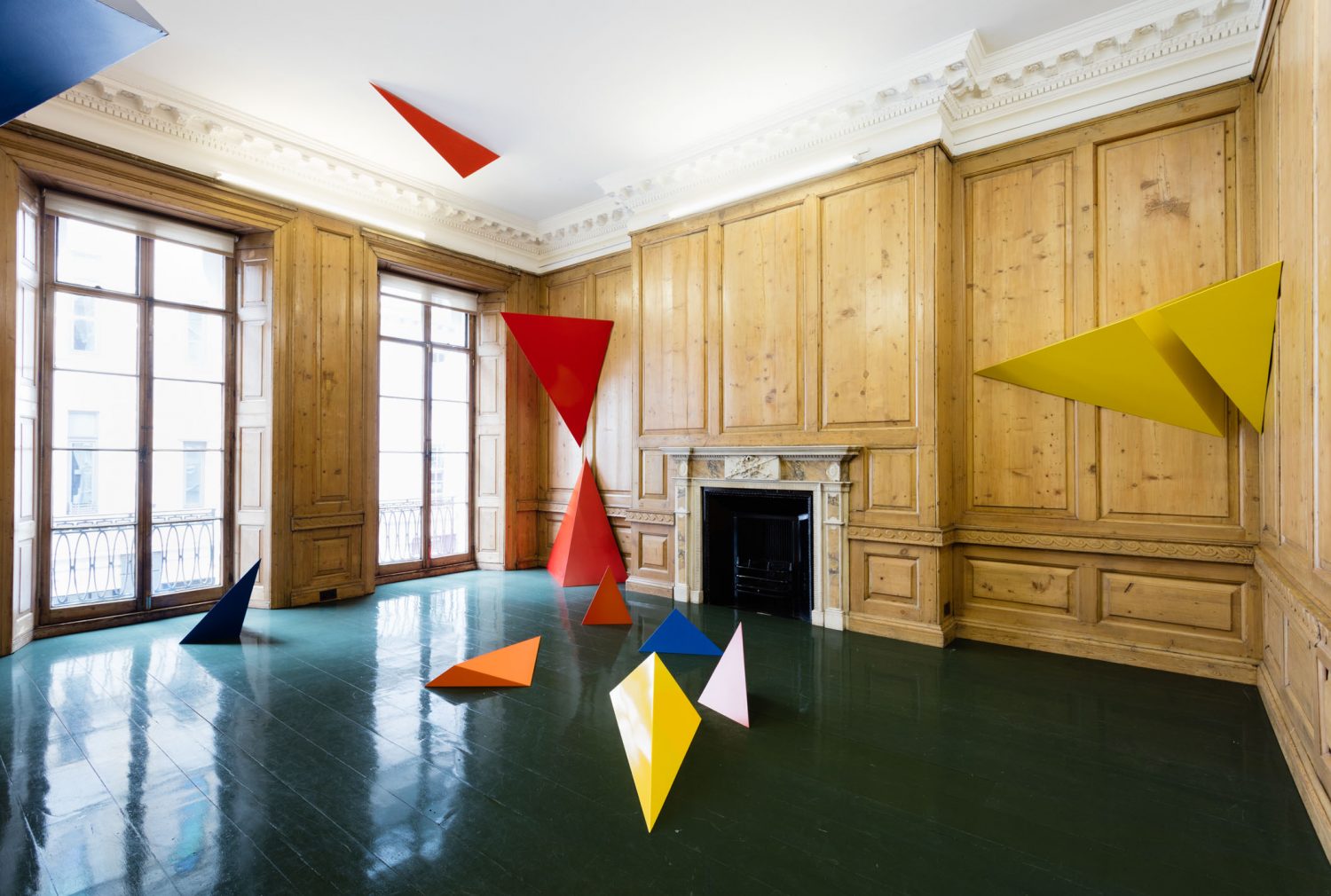 In Search of Possibilities of Hope: Arghavan Khosravi at Carl Kostyál, London | Juxtapoz

The Back Room: Once Upon a Time in the West | Artnet news

Inside the Secret L.A. Studio Building Where Some of the City’s Hottest Emerging Artists Have Built a Bustling Scene | Artnet News

Sun Woo and Kevin Poon on technology, memories and switching off | Lifestyle Asia

Sun Woo You Have A New Memory Woaw Gallery | HYPEBEAST

A Letter from the Art World | Forbes Romania

Three exhibitions to see in London this weekend | The Art Newspaper

“I Made a Bunch of Dicks”: Meet Al Freeman | Elephant Magazine

The Passenger: An Interview with Ana Benaroya | Juxtapoz

Why Do Artists Need To Look So Good? | Elephant Magazine

This Must Be the Place: New Works by Maja Djordjevic in London | Juxtapoz

These Are the Essential Artists You Need to Watch | Elephant Magazine

‘I Re-Evaluate Nearly Everything in My Life’: In a Topsy-Turvy Year, Artist Austyn Weiner Is Focused on Finding Her Painterly Rhythm | Artnet News

How Quarantine Led to an Artistic Breakthrough for Austyn Weiner | Galerie

Peter Schuyff is Taking Account of His Greatest Hits | Whitewalls

Sarah Slappey: 5 Artists on Our Radar This March – Artsy

Jon Young, A Space to Be Present | Art Saint Louis

Gazing into the Eternity of the Screen – Interview – Kunstkritikk

Rebecca Ness: The Tools of her Trade | Juxtapoz

Canyon Castator Traverses the Fragility of the Modern Mind | Art of Choice, November 2019

Alex Gardner: Five Artists You Have To See During Frieze London 2019 – GQ

Dóra Maurer: The Dissident Who Rebelled In Colour | The Guardian, August 2019

Dóra Maurer: The Gentle Art Of Subversion | The Guardian, August 2019

Basil Kincaid: Wrapped in the Spirit of Transformation – Hyperallergic

Dora Maurer: “a lack of market was positive for my work” | The Art Newspaper, September 2019

The Release: A Ritual By Basil Kincaid – Pulitzer Arts Foundation

Gina Beavers “The Life I Deserve”

In the studio with Gina Beavers | MoMA Magazine, July 2019

The Iconoclastic and the Memorable: an Interview with Oli Epp | Barnebys, May 2019

The Artist Who Scours Instagram and the Internet | The New Yorker, March 2019

“Contactless” And Loving It: A Conversation with London’s Oli Epp | Juxtapoz, March 2019

ArtReview | How it’s Made at Carl Kostyál Stockholm

From Fangor to Sasnal: Why a Foundation for Post-War Eastern European Art Is Necessary

Goings on About Town: Petra Cortright | The New Yorker, October 2017

The art of confusing men – BON

Li Shurui, The Awakening of the Individual | Flash Art

The Medium of Intensity – Bon

Inside The Mind of Li Shurui | Phaidon