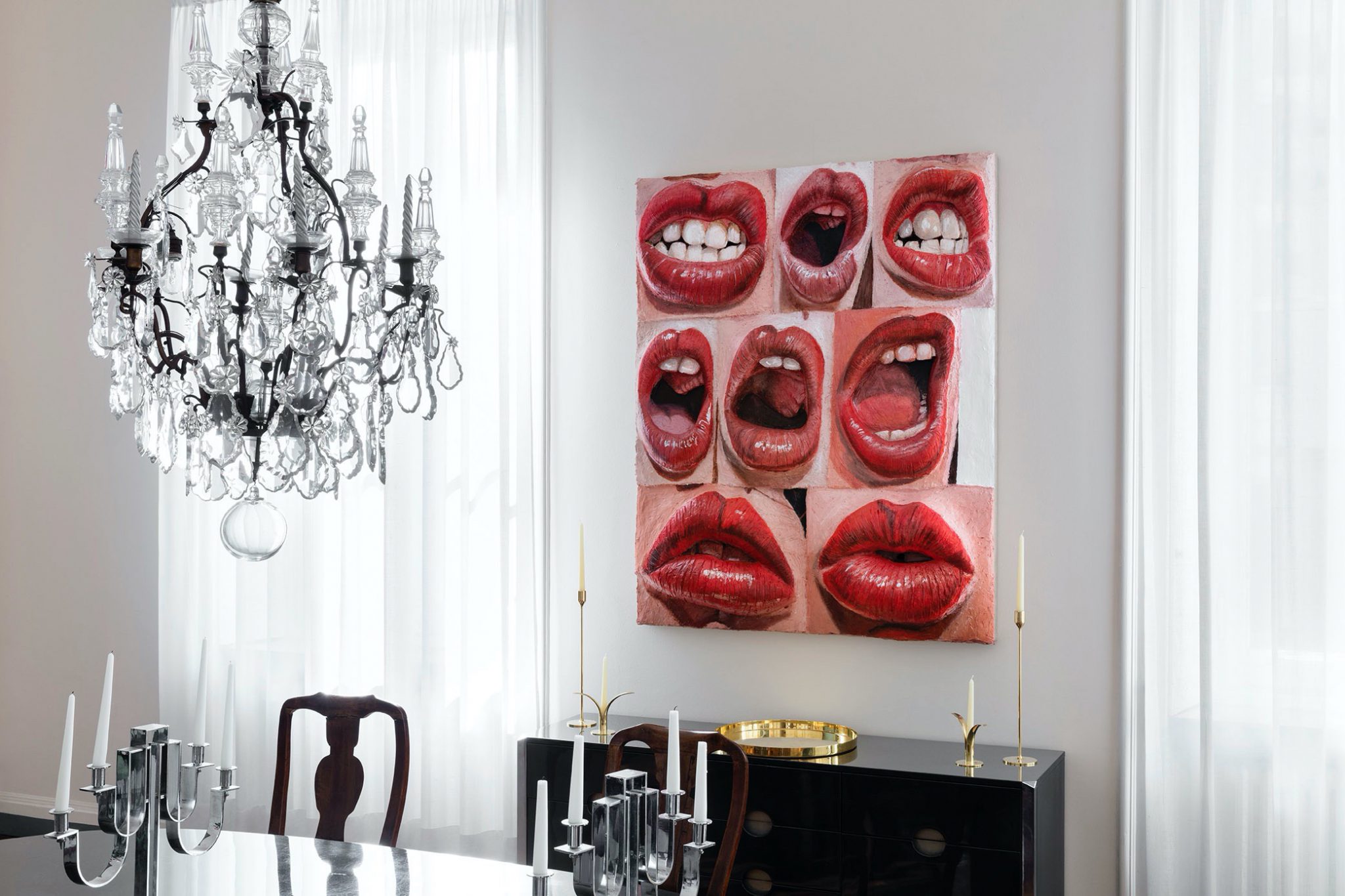 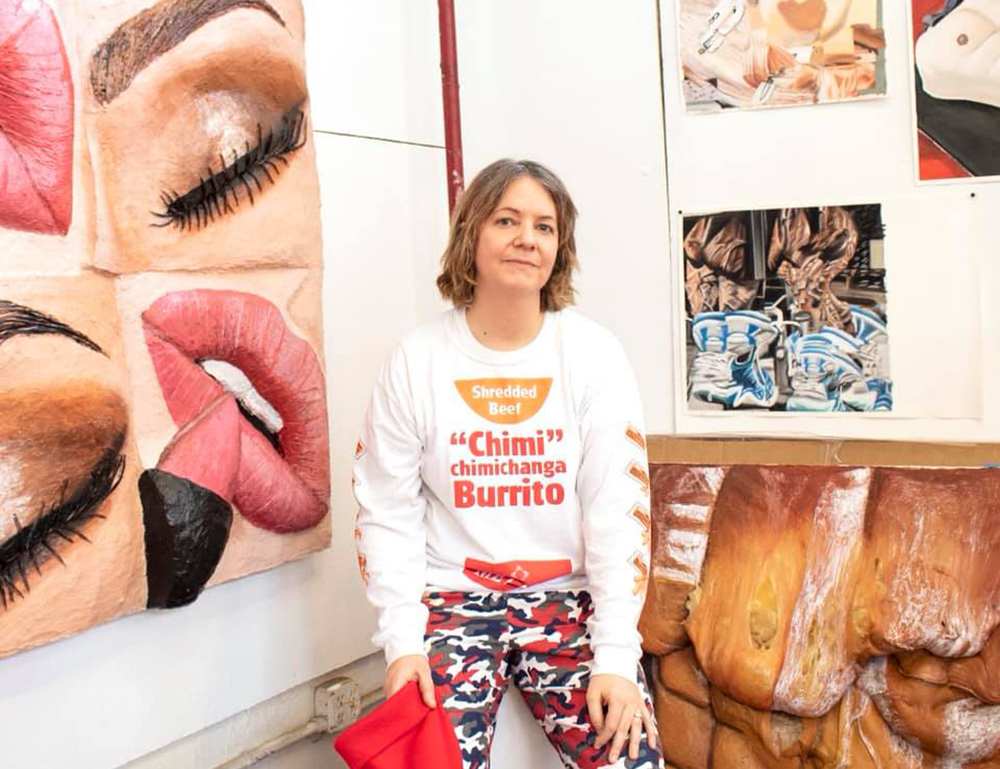 “Ms. Beavers’s works bulge out from the wall in enlarged, often repeating forms that she covers with coarse but skillful brushwork, like van Gogh on steroids. Subjects include bright pink lips attended by tubes of lipstick; torsos flaunting bikini underwear styled with motifs from Picasso and Mondrian; and a hand with fake nails in the shape of Maurizio Cattelan’s taped banana.”

In her sensual, sometimes grotesque paintings, American artist Gina Beavers (b.1974, Athens) transforms images scavenged from social media and the Internet into thickly-layered acrylic compositions. Riffling on themes of self-image and consumerism, Gina Beavers’s paintings are a whimsical yet uncanny meditation on our online existence.

Drawing upon online trends and fetishes, such as #foodporn and bodybuilders’ selfies, or makeup tutorials for transvestites on YouTube, her paintings transfer flat-screen images into bulging textural paintings with a physical, sculptural presence. A rainbow-coloured creamy ice-cream cone, slabs of raw meat, heavily made-up lips and eyelashes are among Beavers’s repertoire of subjects.

While the images originate online, Gina Beavers brings them to life. Resisting the ephemerality of social media and the flatness of the screen, Beavers maximises the potential of the physical paint, reendowing these objects with their hefty tactility. Beavers’s painted reliefs strain against the limits of the canvas, bordering on sculpture.

“Rendered with an unsettling degree of realism, Beavers’s work is always more than merely representational. Whether depicting a painter’s palette or the fluorescent green of a bulbous tennis ball, her high-relief paintings protrude obscenely into the space of the viewer, insisting on their status as tactile things.” Oliver Shultz, Curatorial Associate at MoMA PS1, 2019.

Sensual and unsettling, Gina Beavers’s bulging and brittle paintings are built up with hundreds of layers of acrylic which she chips and sculpts into form. In monumentalising these found images from an identifiably American consumer culture, they become both a resistance to the ephemerality of social media and a profound questioning of its projection of promised perfection through consumption and transformation.

“Beavers’s works create a complete equivalence—almost in a Jasper Johns-y way—between the paint and the thing which the paint is depicting. That’s a piece in which the canvas is frosted, almost as if you took the paint out of the frosting tube, or out of a soft-serve machine onto the object. The ontological slippage between paint and represented thing is really active there.” – Oliver Shultz, Curatorial Associate at MoMA PS1.

Born in Athens, Greece in 1974, Gina Beavers lives and works in Newark, New Jersey. She holds a BA in Studio Art and Anthropology from the University of Virginia (1996), an MFA in Painting and Drawing from the School of the Art Institute of Chicago (2000) and an MS in Education from Brooklyn College (2005).

In the studio with Gina Beavers | MoMA Magazine, July 2019

The Artist Who Scours Instagram and the Internet | The New Yorker, March 2019