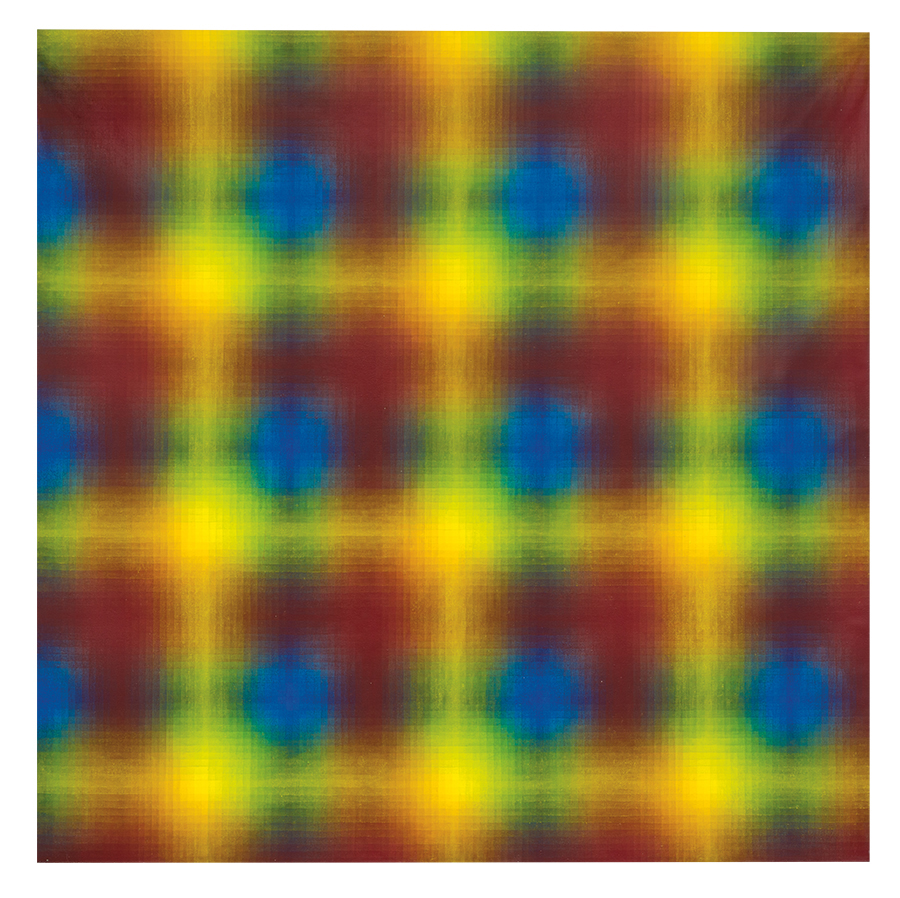 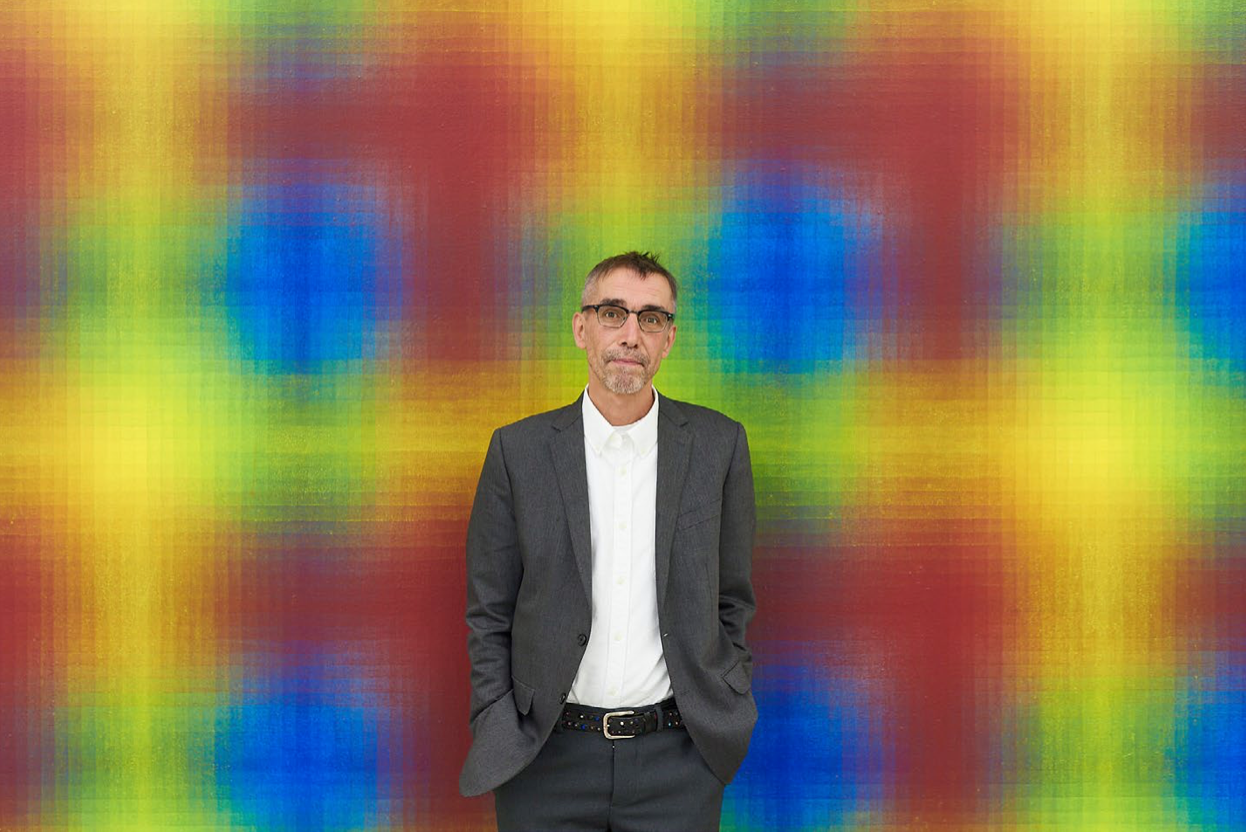 “Schuyff’s new painting, like that of the Minimalists, is ‘pure’—but, like that of his colleagues, it is pure only in its impurity. Its appeal is to our magpie eye for shiny things.” Walter Robinson, Art in America, 1986.

Peter Schuyff’s paintings radiate a life of their own. Some are built on a series of mathematical and perspectival grids, others exaggerate and deform geometric shapes in a surrealist mode: they always defeat the ‘purity’ of any art movement through light effects and mind-bending optical illusions. Unsettling, immersive and playful, Schuyff’s paintings defy easy categorisation.

“Even though he was often associated with geometric abstraction, pop surrealism, conceptual abstraction, Neo-geometric conceptualism, or appropriation (in the 1980s), none of these labels could adequately capture a body of work that passed through all of these movements in a coherent yet contradictory way.” Balthazar Lovay, ‘Peter Schuyff: Works 1981–1988’ in ‘Has Been’, Les Presses du Réel, 2017

Peter Schuyff was born in Baarn, Netherlands in 1958 and moved at an early age to Vancouver with his family. Growing up amid the radicalism of the ‘60s and early ‘70s, Schuyff became infatuated by the irreverence and talent of art-world personalities like Andy Warhol and Willem de Kooning.

He enrolled at the Vancouver School of Art but left after a couple of years, inevitably drawn to the New York of the ‘80s. He naturally gravitated to the East Village, at that time the epicentre of artistic life in the city, where he lived in the celebrated bohemian Chelsea Hotel for almost twenty years. Hailed as a central figure of the East Village, Schuyff sat for Andy Warhol and was collected by Dennis Hopper and Sylvester Stallone.  He exhibited in the experimental and influential galleries of Pat Hearn and Leo Castelli in the early 80s and was associated with the loosely defined ‘Neo Geo’ movement alongside Philip Taaffe, Peter Halley and Ashley Bickerton.

As Walter Robinson proclaimed in 1986: “Peter Schuyff’s new paintings are some of the best seen in New York this year. At the moment, despite the unsavoury excellence of Philip Taaffe and Peter Halley, it is not too bold to say that Schuyff is the best young abstract painter in town.”

During this time, Peter Schuyff’s practice became increasingly abstract with an emphasis on grid patterns, chromatic shades and gradients of light. The paint is applied unsystematically in graduate hues along a gridded composition made of concentric rhombus, rectangles or squares. Using thin and translucent layers of paint, Schuyff’s creates a sense of motion and luminosity, almost as if the painting was lit by an external source of light. The collusion of chromatic hues and geometric shapes creates a distinctive sense of depth and optical illusion, drawing the viewer into the painting’s pulsating surface.

“Some of my best abstract paintings were reduced to a clearly simple set of rules which I simply had to follow till the end. I have to pay a lot of attention while taking little or no responsibility.” – Peter Schuyff in conversation with Julia Crottet, 2017.

Peter Schuyff (b. Baarn, Netherlands in 1958) is a painter, sculptor and musician. He currently lives and works in the Netherlands.

Peter Schuyff is Taking Account of His Greatest Hits | Whitewalls