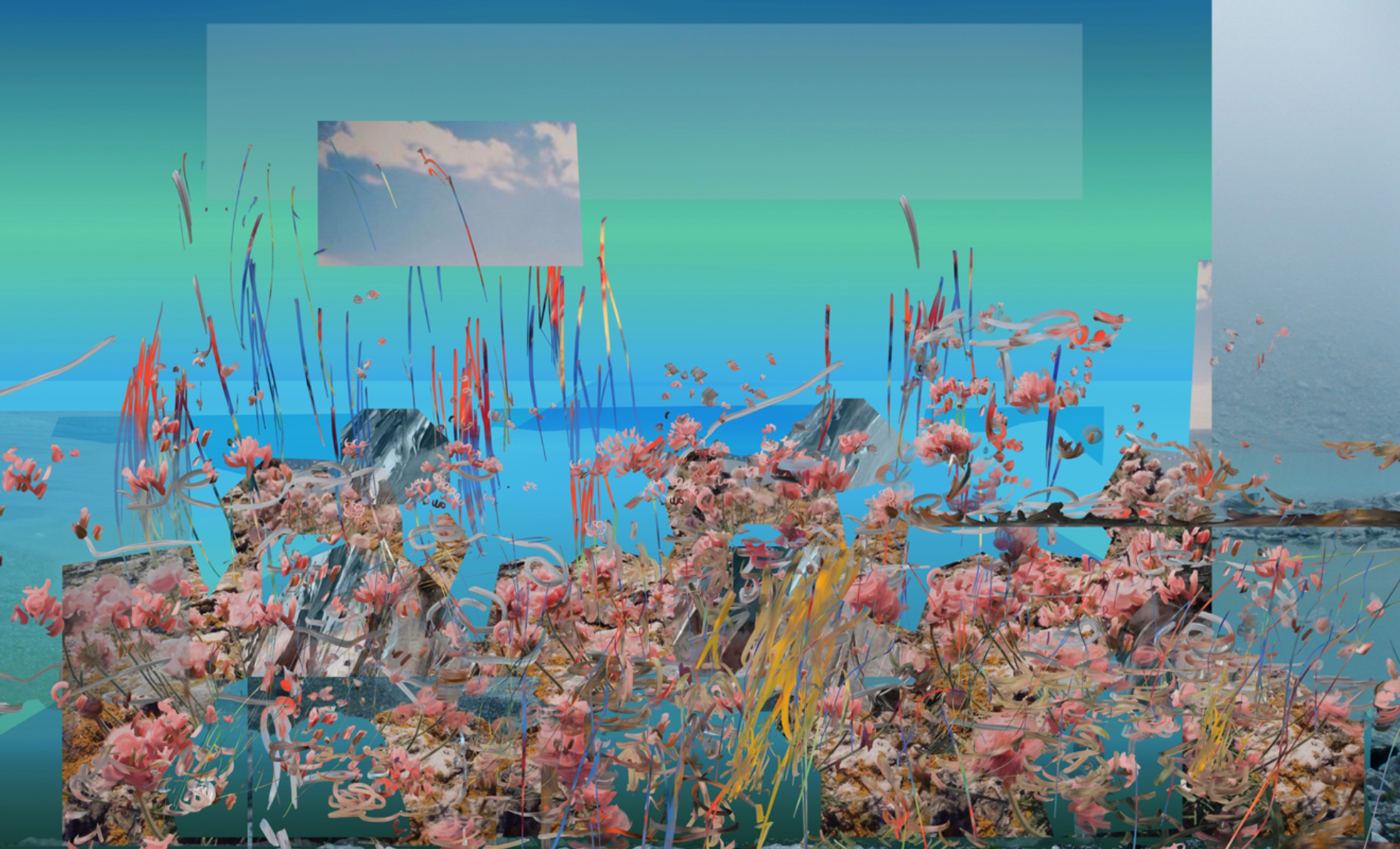 The experience of Petra Cortright’s art starts from the Internet: her website welcomes the viewer with an Emoji-crucifix and hundreds of arrows pointing down until the button ‘CLICK HEER’. What looks like an old-fashioned Window-based programme magically unfolds into a Net-Art glitchy reality.

Born in Santa Barbara to an artistic family – her father a sculptor/printmaker, and her mother a painter –, Petra Cortright found in the Internet an alternative arena of art. “I have to say that the internet really worked out for me as a female, as an introvert,” she explains, “It allowed me to compete in a removed but very aggressive way” – in conversation with Sophy Grimshaw, Supplement, 2016.

Cortright started exploring Net Art and performance with her self-portrait videos, using a low-res desktop webcam with cartoon effects, background music and nonsense titles. The banality of such imagery – waves, flowers, pizzas and light bolts flying around –, accompanied with the intimacy of her performative space, conjures up early films by Andy Warhol, Hannah Wilke and Bruce Nauman.

Cortright’s webcam videos go deeper than the emojis may suggest: they reflect the act of looking and being looked in front of the camera. “I am the director, the actor and the editor, all in one take,” she explains. Observing herself being observed, she blurs the boundaries between private and public while playing on both the rawness and disguise of social media images.

When uploading the videos on Youtube, Cortright adds a list of dizzying random tags, spanning from “Britney Spears” to “boos” and “sex”. Her celebrated webcam video VVEBCAM (2007) – now in the Collection of the Museum of Modern Art, New York- was deleted from YouTube in 2011, due to the spammy tags that ignited the anger and critique of the viewers.

“Cortright’s mother files are built up from the endless iteration of what are profoundly private visual, temporal, and spatial entities. They are the wet-dream actors of adolescent sexual rehearsals, solipsistic webcam posturing, and distracted-browsing self-indulgence. Would you ever act out a real-life equivalent to an emoji in a conversation? Of course not. Cortright’s works disrupt the comforting stability that would confine the digital to the servilely personal, and make a frantically gorgeous show of it” – Valerie Mindlin, Artforum, 2016.

Having straddled the lines of video and performance, Cortright has recently turned to painting. Each of her digital paintings come from a jpeg image – what she calls ‘mother file’ – lifted from internet sources such as Pinterest and Google Images. She then manipulates it on Photoshop, breaking down its colours, shapes and patterns while adding hundreds layers of digital brushstrokes.

Confronted with the endless possibility of digital manipulation, “the challenge is knowing when to stop,” admits the artist. Once satisfied, Cortright prints the image, and transfer it into bi-dimensional canvas. She experiments with different materials including aluminum, silk, raw belgian linen, and cotton rag paper linen.

The painting enters a new physical and finite reality, yet its fluid abstractions seem to allude to other worlds, not far from those calming landscapes of the Impressionists: “I love trying to create a new world. The act of making art is somewhat of an escape for me but also somewhat finding truth as well. They happen simultaneously” (Petra Cortright in conversation with Sophy Grimshaw, Supplement, 2016). 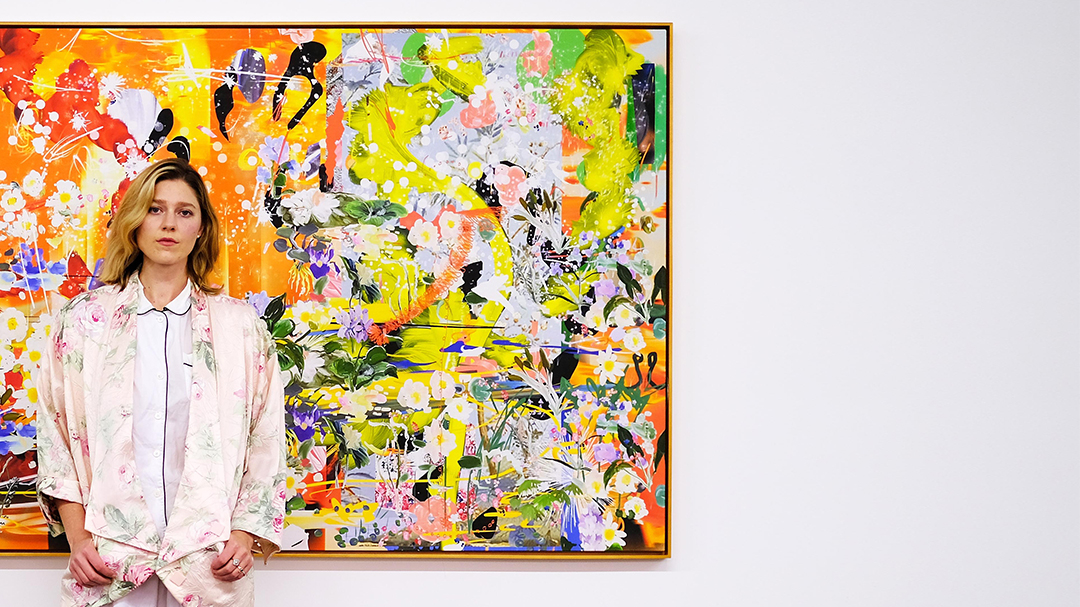 Goings on About Town: Petra Cortright | The New Yorker, October 2017